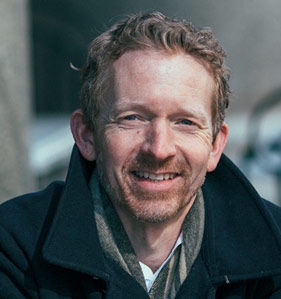 A Brief Bio on This Week's Speaker:

A native of South Burlington, Vermont, I love to fish, hike, cook, sketch, garden, bake, juggle, puzzle, putter and tinker. I aspire to renew my scuba certification and open a breakfast joint one day. I like taking the long route and stopping along the way. I’ve never regretted climbing a mountain or walking in a downpour.

Journalism takes you places you’d never expect. After I graduated from Stanford University, I moved to Boston and lived in a scrappy house of rabblerousers while I covered the Cambridge, Mass., City Council for the Sunday Boston Globe. My first full-time journalism job took me to the Daily Hampshire Gazette in Northampton, Massachusetts, then the Associated Press in Boston, where in the crucible of reporting on 9/11, I met my wife, Audie Cornish. In 2005, we moved to Nashville, where I covered Tennessee and the South for the New York Times and other publications, then reported on state government for the Tennessean. We moved to Washington, DC, in 2009, where I’ve lived ever since. I earned an MFA in Creative Non-Fiction from Goucher College in 2014, and was a 2015 fellow with the Alicia Patterson Foundation. Hellfire Boys is my first book.