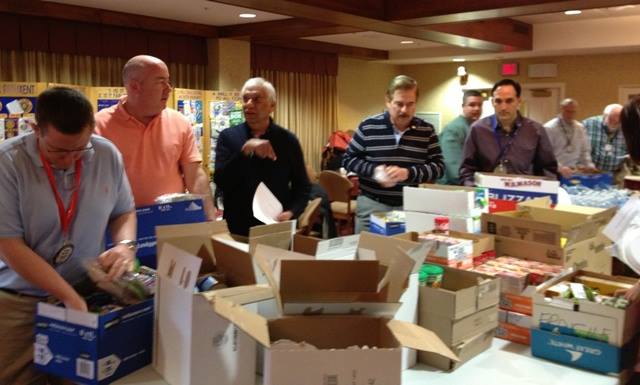 Relationship to the Club:

The Rotary Club of Columbia-Patuxent Charitable Trust (the Trust) is a separate and distinct legal entity from the Rotary Club of Columbia-Patuxent (the Club).  The Trust operates under its own set of by-laws and meets the rules and regulations of the Internal Revenue Service for 501(c) (3) organizations.  Nevertheless, the Trust maintains a close relationship with the Club in two important ways.  First, the Trustees of the Charitable Trust are nominated and elected by the Board of Directors of the Club, and second, the members of the Club carry out the fundraising activities on behalf of the Trust.

The trustees of the Trust are nominated and elected by the Club’s Board of Directors.  The typical procedure is that the trustees will suggest successor Trustees to the Club Board for their consideration.  The Board then nominates their own candidates and then votes for approval.  The Club Board also has the right to remove a trustee from office.

The Trustees consist of the current Club President, President-Elect, and Treasurer.  In addition, the Trustees also include four members who do not need to be current club officers.  Of the four non-officer trustees, two should be former club presidents and two may be members held in good standing by the Club Board. The intent of having two trustees that are not former presidents is to make certain that the Trust and its operations are transparent to the members of the Club and that new members have an opportunity to participate in Trust decisions.  The intent of having two trustees who are former club presidents is to ensure that the trustees retain some institutional knowledge of the traditions and values of the Rotary Club.

The Trustees nominate and elect a Trust Chairman by a majority vote whose role is to call Trust meetings, resolve trust disputes, and make certain that the trust follows all of the By-Laws and procedures of the Trust.  The Trust Chairman serves a three-year term and then nominates a successor chair to the other Trustees.

The Trustees meet at least four times each year formally and typically meets several times throughout the year on an informal basis.  The Trustees keep formal minutes of each meeting that are available to Club members upon request.

The Club has typically raised funds for the Trust in the form of several fundraisers, including a major fundraiser that occurs once each year.  Traditionally the President-Elect of the Club has been charged with the organization and management of the annual fundraiser.  In addition, the club has raised funds through a Super Bowl raffle, and other miscellaneous events throughout the year.  The specifics of how these events are organized and managed are a function of the Club, and not the Trust.  The Trustees gratefully accept the Club’s contributions to the Trust each year.

The Trustees will approve any solicitation or marketing materials in advance of club fundraising activities to make certain that the content meets the rules and regulations of IRS guidelines.

The Trust maintains several different accounts for the purpose of fulfilling our charitable goals.

The Trust maintains a separate account called the Community Fund that is funded by Club fines and happy dollars throughout the year.  These funds are specifically held for the purpose of meeting “emergency situations” that may occur throughout the year.  The Club’s community service chair (or similar title) has traditionally been given the responsibility of nominating charitable awards from these funds.

The Trustees prefer that Community Service Funds not be distributed through other non-profit organizations to a specific individual.  The intent of the Trustees is that grants made by the Trust are seen by the community and by the Club as specifically benefiting an individual or organization.  While the Trustees prefer to make grants directly for the benefit of donees from the Community Service Fund, there are exceptions that may be made throughout the year as circumstances require.

The Community Service Fund is not required to distribute all of its funds each year, and typically carries a balance forward each year in order to always have a reserve needed to meet an unexpected emergency in the community.

The Trust does not currently have a formal endowment fund.  However, over the years and from time to time, individual Rotarians and friends of Rotary have given funds to the Trust with the clear intention that the funds be treated as an endowment.  In some cases funds have been given to the Trust where the distribution of the funds has been left to the discretion of the trustees.

The Treasurer of the Trust keeps a separate accounting of these funds. While the trustees have attempted to preserve the principal of  these funds in the past, they are not compelled to do so.  The trustees honor the spirit and intention of these gifts while retaining the discretion to use them in the best interest of the community.

Certain funds for this purpose are invested in a brokerage account in a diversified portfolio of investments that are intended to outperform cash over complete market cycles.

Throughout the year the largest amount of Trust assets are distributed to the community through grants to various non-profit organizations.  These funds are not attributed to the Community Fund nor are they considered endowment funds.  The funds are raised in the Club’s fundraising efforts throughout the year and are distributed at or near the end of the Club’s fiscal year, which is June 30th.  The Annual Distribution Funds (“ADF”) are typically divided as follows:

The Trustees may, from time to time, and at their discretion, make legacy gifts to certain organizations that must be funded over a period of years.  The Trustees typically reserve adequate funds to make these legacy gifts, if there are any in a particular year, as the first step in determining how ADF will be distributed.

The remaining Trust ADF assets are then available to be distributed according to the recommendations of the club’s Community Service Chair.

The Trust has traditionally funded numerous non-profit organizations on an annual basis with the proceeds of the Club’s fundraising efforts.  While this is the tradition of the Trust, it is not a legal requirement.  In fact, the Trustees, in cooperation with the Club’s Board, may suggest a different methodology for distributing funds in the future, including giving to only one charitable beneficiary in a given year, or skipping a year in order to raise large amounts for any one or more then one charitable organization.  Nevertheless, to date the Trust has followed the following procedures for distributing ADF funds:

The Trustees meet formally with the Community Service Chair to discuss and review the grant requests each year.  Trustees may ask for further clarification regarding grant recommendations.

The Trust’s charitable awards are usually given out to the various non-profit organizations that we support at a formal meeting that occurs at or near the end of the Rotary fiscal year.

From time to time, non-profit organizations in Howard County ask the Trust to participate in their fundraising activities.  It has been the general policy of the Trust to grant funds directly to non-profits and not utilize other non-profits as “pass-through” entities.  To the extent the Trust has participated in such grants, the Trustees typically require that 1) the Trust is specifically named as the donor or co-donor of the grant, and 2) the recipient of the grant is clearly identified.

Grants cannot be used to unfairly discriminate against any group; promote a particular political or religious viewpoint; support purely religious functions; support activities that involve abortion or that are undertaken solely for sex determination; fund the purchase of arms or ammunition; or serve as a new contribution to the Foundation or another Rotary Foundation grant.

The Trustees present to the Club’s Board quarterly financial reports as a matter of courtesy and full disclosure to club members.

The Trust also benefits from informal accounting reviews by qualified tax accountants who are Club members who volunteer to assist in making certain that the proper tax forms are filed by the trustees.