This Friday we welcome Geoff Arnold, Broadcasting and 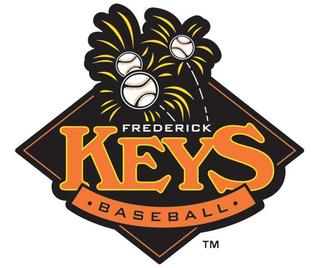 Geoff Arnold enters his second season for the Frederick Keys, the Class A Advanced affiliate of the Baltimore Orioles. In this role, he serves as the team’s radio play-by-play announcer, works as the club’s primary liaison to the media and assists with Keys marketing initiatives. Prior to joining the Keys, Arnold spent the previous two seasons as the Assistant Director of Broadcasting and Media Relations for the Wilmington Blue Rocks, the Class A Advanced affiliate of the Kansas City Royals and as the Broadcaster and Media Relations Administrator for the Frisco RoughRiders, the Double-A affiliate of the Texas Rangers. A 2010 graduate of Dickinson College, Arnold began his professional career as a minor league baseball umpire in the Gulf Coast League.