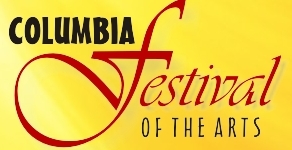 Join us this week as we welcome Todd Olson to tell us all about the great new things that are happening with this fantastic annual event.

The mission of the Columbia Festival of the Arts is to present a world class celebration of the arts and entertainment that attracts, engages and inspires the broad and diverse community it serves.

TODD OLSON is in his first year as Executive Director of the Columbia Festival of the Arts. Before that he spent 11 years as Artistic Director of American Stage Theatre Company in St. Petersburg, FL. Last season Todd received the “Best of the Bay” Award for “Best Director” for Wit, and won the Theatre Tampa Bay Award for “Outstanding Director” for The Amish Project. He was also last year’s recipient of the Florida Professional Theatre Association’s Richard G. Fallon Award for Excellence in Professional Theatre. Todd has directed over 150 plays, musicals, and operas, including My Way, A Musical Tribute to Frank Sinatra, (which he co-created) at the Actor’s Theatre of Louisville, and I Left My Heart (also co-created) at Milwaukee Repertory Theatre. Original works include Casa Blue, the last moments in the life of Frida Kahlo, and Joe Corso Re-Enters from the Wings, which won the 2012 Holland New Voices Playwright Award at the Great Plains Theatre Conference and is now published on Amazon.com.

Todd received his M.F.A. from The University of North Carolina, and is a graduate from the Institute for Advanced Theatre Training at Harvard. Todd lives in Columbia with his wife Charlotte, and three children, Jonas, Corinna, and May.